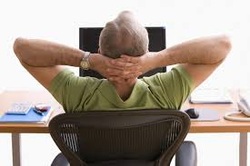 There are finance jobs to be found in nearly every city in the world, but some cities offer more possibilities than others. This article pinpoints the top 10 cities for finance jobs and examines their language requirements, typical weather, cost of living and other important features. All of these cities are expensive places to live, but they also offer plentiful and high-paying jobs for finance workers.

*Note: Mercer is an international human resources company that offers financial advice, products and services. The highest cost-of-living city is listed as No.1, and the comparison cities are rated in descending order. Numbers are as of June 2012.

Well-known for its asset-management businesses, Boston is home to large money managers such as Fidelity Investments and Putnam Investments. Although employment in Boston can suffer during tough times, the job market for asset management tends to be relatively more stable than that for investment banking or trading. This makes Boston a relatively appealing financial job market during economic recessions or market pullbacks.  Boston residents are particularly passionate about their sports teams, which have enjoyed a recent wave of success. Boston is also a great place for those interested in American history and is relatively close to beaches and mountains.

Chicago is home to the Chicago Board of Trade and the Chicago Mercantile Exchange, making it a hot spot for futures and derivatives trading. Large banks and brokerage firms also often have offices in America's "second city." Chicago has great nightlife and sports teams, as well as a thriving music scene; however, winters in the Windy City feel even colder than the temperatures indicate.

Dubai is one of the fastest-growing cities in the world and is rapidly increasing in importance as it attempts to become the financial capital of the Middle East. Many global financial institutions are rushing to open and staff regional offices here, making this a potentially excellent time to move to Dubai. International applicants might find that they are able to find a job here even if they do not speak Arabic. While cosmopolitan, Dubai adheres to some Islamic strictures on alcohol, so lovers of the party life might find better opportunities elsewhere.

Frankfurt is arguably the finance capital of continental Europe, and is the home of large German companies such as Deutsche Bank. Many international firms also keep their European headquarters in Frankfurt. Residents of Frankfurt enjoy significant entertainment options in the city, as well as the possibility of extensive tourism throughout Germany and Europe.

For those who do not view New York as the finance capital of the world, London is it. In addition to being the finance capital of the United Kingdom, nearly all of the large international banks and brokerage firms maintain a significant presence in London.London is particularly strong in currency trading, commanding more than twice the market share of its closest rivals. Like New York, London has suffered job losses due to the credit crisis.  London is a hot spot for culture and nightlife, with plays, fine dining, museums, pubs, sporting events and easy access to continental Europe. However, the weather in London can be dreary, particularly in winter.

New York is commonly regarded as the finance capital of the world. Many of the largest investment banks, including Goldman Sachs, Morgan Stanley and Merrill Lynch are headquartered there. So too are several large banks, including Citigroup and JP Morgan. Nearly every large, global financial institution has a presence in New York. The city has lost a large number of jobs due to the credit crisis, but Wall Street is still the place to be. The city that never sleeps is a hot spot for culture and nightlife, with Broadway plays, fine dining, music and museums, clubs and bars, and sporting events.

San Francisco is the finance capital of the western United States. There are many brokerage and banking firms with offices in the San Francisco area, and companies such as Charles Schwab and Franklin Templeton Investments have their headquarters there. As the gateway to Silicon Valley, San Francisco has a particular focus on the technology sector, and the Bay Area is the worldwide headquarters of the venture-capital industry.  San Francisco boasts significant natural beauty in its beaches and parks, and is relatively close to many outdoor opportunities, making it a great choice for city dwellers that enjoy the outdoors. While the weather in San Francisco can be foggy, temperatures are also very moderate.

Tokyo is the world's second largest economy and as such is the headquarters for most Japanese financial institutions as well as the regional headquarters for many international firms. Once considered a rival to New York for the title of world financial capital, Tokyo has slipped in importance in recent years as the Japanese economy and financial markets languished. Activity has picked up recently, and if the Japanese economy continues to recover, Tokyo could thrive. While there are opportunities available, Tokyo is a difficult place to get a job if you don't speak Japanese. For those interested, the best route is probably to work for an international financial firm and then request a transfer to Tokyo.

Zurich is the capital of the Swiss banking industry and a great place to find a wide variety of finance jobs. Global giants UBS and Credit Suisse have their headquarters here, and the city is particularly strong in wealth management and private banking. Applicants will have more success if they speak some German or French, but it may be possible for otherwise well-qualified applicants to get by with only English. Switzerland routinely ranks near the top for overall quality of life. Natural beauty, clean air, low crime, relatively high incomes and cosmopolitan locals all combine to make Zuricha wonderful place to live.
Gary Lee Price   Hard Money Central   Lightworks   Philropost   Return on Initiative   Lucky Paradise Casinos